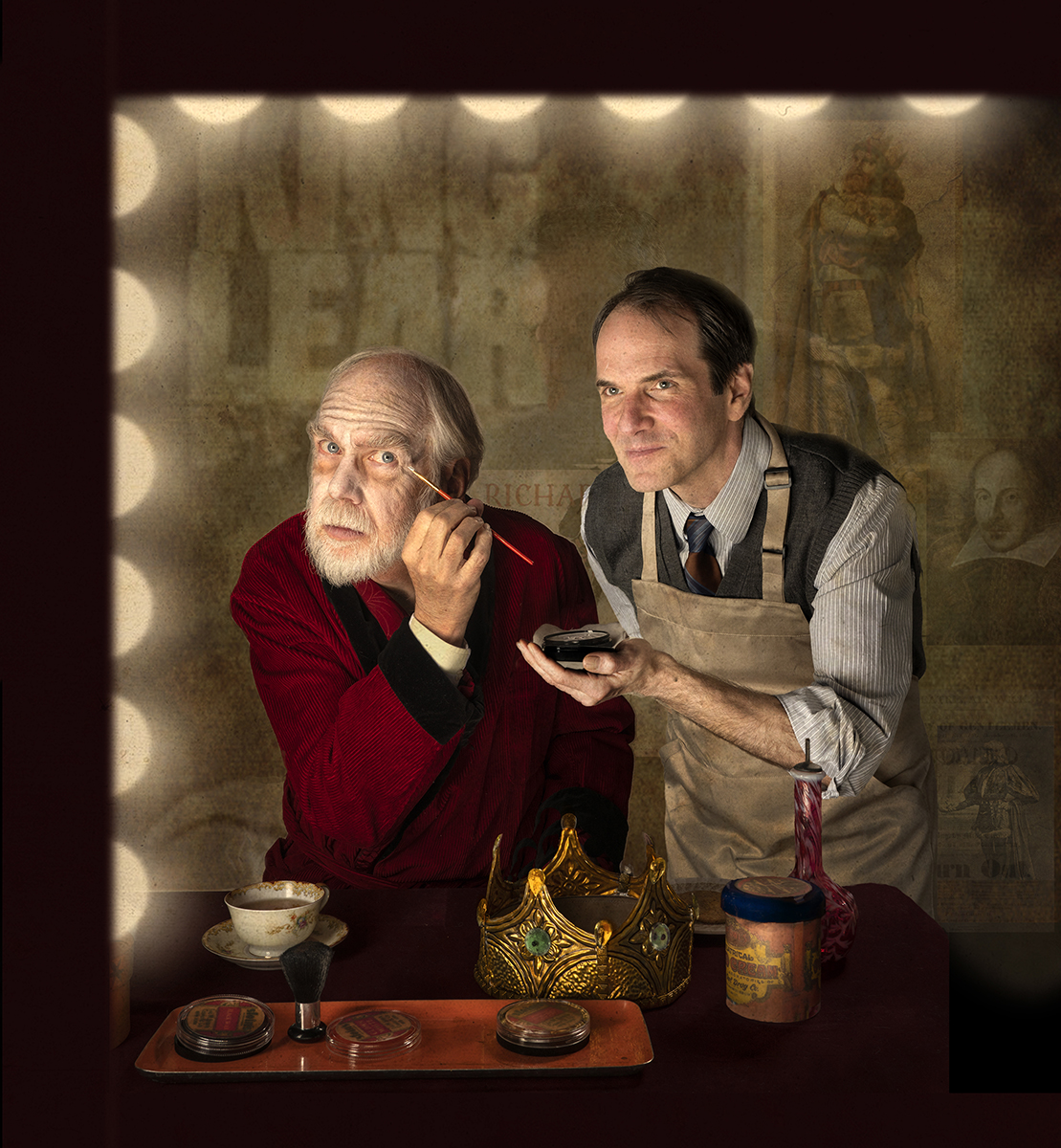 SIGN UP FOR OUR NEWSLETTER
…to receive news about West End Productions, updates, special discounts and ticket deals! 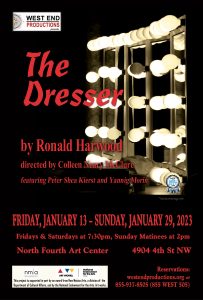 Talkin’ Broadway’s review by Robert Spiegel praises the cast and production team of “The Dresser” by Ronald Harwood:
“Director Colleen Neary McClure has put together a powerful production.”
“The play is gripping. While the bulk of the drama lives with Norman and Sir, the balance of her cast includes some of the best actors in Albuquerque.”
“Center stage are Kierst and Morin.”
“As well as terrific work from the actors, we also get excellent chops from the production team. The sirens and bombs help create a sense of Britain’s World War II chaos (thank you, Casey Mraz). The set design by Mattie Ross is wonderful, as are the costumes by Kaylee Lynora Silcocks-Gore.”
“Overall, it’s another fine feather in the cap for Neary McClure and West End Productions.”
In order of appearance:
Norman – Yannig Morin
Her Ladyship – Fawn Hanson
Madge – Jessica Osbourne
Sir – Peter Shea Kierst
Irene – Versai Knight
Geoffrey Thornton – Neil Faulconbridge
Mr. Oxenby – Levi Gore
Kent – Aodan Luthazar
Gloucester – Philip J. Shortell 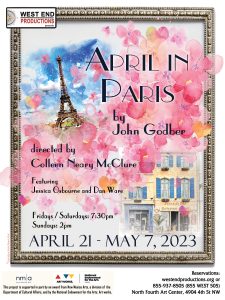 LOOP SYSTEM WITH HEADSETS AVAILABLE!!
(Please give us at least 24 hours’ notice for headsets).

Refunds will not be issued for reservations. Tickets may be exchanged for another performance of the same show, or a similarly priced production.

WEST END PRODUCTIONS is a theatre company dedicated to creating top-quality theatre, film, and video, with a primary focus on writers from England, Ireland, Scotland, and Wales past and present. We will present works from the classical repertory, as well as showcasing the most contemporary of authors from the British Isles and everything in between. We pledge to hold ourselves to the highest professional standards. 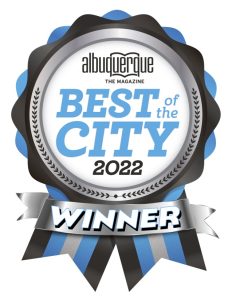